Therapy, for me, is a process whereby clients are able to “put all the cards on the table”, look at their lives, experience the emotions they felt throughout good and bad periods and decide what things have to be accepted and which ones can be changed, in order to feel freer and face the rest of their lives in a more productive and satisfying way.

Adjustment In the mid 90s

In the mid 90s, I travelled overseas for a prolonged period. I was seeing clients face-to-face and therapy had to be continued with some clients.

The solution was to use electronic mail. To my surprise, it worked. It took some adjustment on both sides, getting used to the delayed reply and also knowing that some emails got lost in transit.

It wasn’t the same than the routine followed during decades all over the world, where the client had a set weekly time, went to the therapist’s office, waited in the waiting room or s/he was shown directly to the consulting room. At that point the world was enclosed in four walls, emotions were allowed, secrets could be told, to the therapist or to themselves. The end of the session was a return to the outer world, in some cases it was like Cinderella seeing midnight approach. So strong and touchy were some sessions that many times I suggested to clients to go alone to a coffee shop for a cup of tea in order to sort through their feelings and thoughts before getting in their car and driving.

The clients who continued therapy by email profited from it. In most cases it didn’t last long and, without saying it, because we were navigating unchartered waters, the aim of the email therapy was to address the major issues, make a summary of the whole therapy and allow the clients to go on with their lives. As the therapies were irregular in duration and frequency, I did not charge for them.

Five years ago I was asked to do follow-up interviews with the staff of a company who had moved to other provinces. Skype was the tool and there was a learning I had to do. I noticed that interviews were shorter than similar ones conducted face-to-face. I also noticed that the interviewees tended to get distracted by other things (phone messages for example) or that they did not have enough privacy to talk in a free way. That experience led to some adjustments and changes but I still did not feel much at ease with the method.

Adjustment In The Pandemic

When the pandemic started we all had to change many things. Learning that what used to be common practice before suddenly became forbidden; uncertainty about how people got infected; not knowing how hard the virus could hit. We had to adapt to new school rules, new work rules, a new social life. Travel was curtailed, vacations radically changed. We also had our own processes (emotions, previous illnesses, family situations, moods) to deal with. The need for therapy increased and face-to-face therapy became forbidden in most countries. The answer was obvious, virtuality, but there were as well many questions. Would it work? Will clients and therapists adapt to it? What about places with bad connectivity or clients without privacy to talk freely?

As in most emergencies, one has to act. I did and it did not feel right at first. Clients were not used to “show” their houses, some people had trouble using technology. I lacked the use of nonverbal clues, such as body posture, shifting in the armchair, playing with the hands. I took courses to improve my skills and I practiced role-playing with my colleagues of a supervision group we have had for a long time.

I did get used to the virtual method and I feel comfortable with it. Lately, I noticed something interesting. The effectiveness of therapy seemed to be very high. I know that many factors can explain that:

But I started to feel that there was another factor at play. The image I get of the clients is usually their face, with a detail that I did not have in my office. There are some minor movements that I can sense, sometimes a quick dilation or contraction of the pupils, a reddening of the cheeks. Of course I do not have scientific proof but I notice that my reading of the clients’ emotions is very accurate. There is a connection between client and therapist that the screens facilitate. As I work with emotions, I can go deeper and help the clients attain their goals sooner.

I know that my ideas as to why virtual therapy is so useful might be wrong. What I do know for certain is that clients are moving forward and that they feel better. 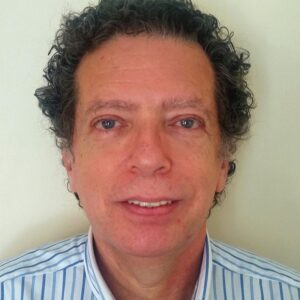 On becoming a therapist

We do not become psychologists magically. Usually our pasts have brought us to study psychology to understand, to help others, to help ourselves.

Breaking up the chain of abuse. It is not easy to take a stand and change, protecting their children instead of mistreating them.

Virtuality (with a team)

As a psychologist, changing from a presential mode to a virtual one was not easy. I am glad I embraced virtuality and I feel great working with a team.